Venezuelan LGBT rights advocates are mourning the death of a prominent same-sex marriage activist who was murdered over the weekend. Sin Etiquetas, a Latin American LGBT website, reported that Giniveth “Gini” Soto was killed early Sunday morning in the Bellas Artes neighborhood of Caracas, the Venezuelan capital, when she was struck in the head as someone tried to steal her car. Venezuela Igualitaria, a Venezuelan advocacy group, said in a press release that Soto was “brutally killed” while working as a taxi driver to make extra money for her wife and infant son, Salvador.

Soto, a 32-year-old psychologist, and her wife, Migdelis Miranda Rondón, who is also a psychologist, legally married in Argentina in June 2013. Miranda earlier this year gave birth to their son, who was conceived through artificial insemination, in Argentina.

Soto challenged Venezuelan authorities’ December 2013 decision not to allow her and Miranda to register their marriage. Officials in Caracas last week denied Soto’s request to register the birth of her and Miranda’s son. Venezuela Igualitaria’s press release quoted Miranda as saying that Soto’s relatives decided to cremate her wife’s body and took her ashes without her consent, even though she said they accepted their relationship.

Giniveth was right; we homosexuals are second-class citizens,” said Miranda, according to Venezuela Igualitaria. “I am here banging on the wall. Nothing of what I think or decide is important to anyone.” Esther Vargas, director of Sin Etiquetas, told the Washington Blade on Monday that Soto supported late-Venezuelan President Hugo Chávez and “remained hopeful that the government would adopt measures in support of the community.”

“All sources agree that she was a victim of the insecurity (in the country,) but the investigations are ongoing,” said Vargas. “Very few voices have left open the possibility of a hate crime or a political crime.”

Country must take ‘steps to protect its citizens’

Venezuela has one of the world’s highest per capita murder rates. Both Adrián and Vargas told the Blade on Monday that more than 200 bodies have been brought to a morgue in the Caracas neighborhood in which Soto was killed over the last two weeks.

“As Latin Americans and members of the LGBTIQ community, we demand that this case does not go unpunished and that Venezuela takes steps to protect its citizens,” said Vargas. “What happened to Gini is not only a criminal act. She was a woman that fought for her rights, that believed in a more equal Venezuela.”

Adrián compared the country’s murder rate to a “daily massacre” that “becomes a kind of Sword of Damocles that hangs above the heads of everyone,” referring to a figure who courted Dionysius II of Syracuse who ruled Sicily in the 4th century BC. “In this case they killed a mother who is not legally considered a mother,” Adrián told the Blade. “They killed a wife that is not legally a wife.” 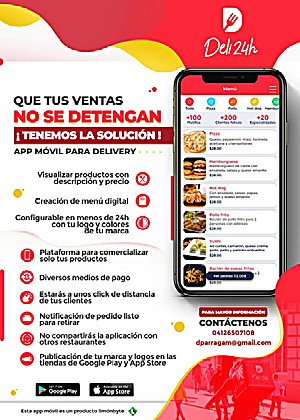